Could Peer-to-Peer Lending Be Resurrected By Falling Interest Rates? At Least For Now? 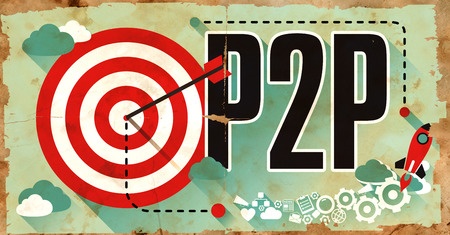 As interest rates rose and yields for investors at peer-to-peer (p2p) lenders collapsed, the allure of p2p lending, at least from my perspective, was gone.

Rates on FDIC-insured CDs hit 2.5% while annual returns at some popular p2p lenders had declined to less than 5%. That’s a very narrow spread between an investment that has no risk of loss versus one that has a risk of losing everything, is rather unpredictable, and is marred by a history of misleading investors and overstating returns.

I compared the options and made the obvious decision and started withdrawing my personally invested funds out of p2p lenders 3 years ago in favor of more traditional investments like stock index funds.

At Lending Club, the percentage of individual investors has trended downward consistently. In Q1 2015 these investors accounted for 19% of all platform originations with a total of $308 million. In the most recent quarter, that group has shrunk down to 5% of originations and only $155 million.

But at StreetShares, an online small business lender that offers individual retail investors a fixed 5% annualized return, the trend is the opposite. In a recent statement the company filed with the SEC, they claimed they had actually shifted away from funds from institutional capital providers and towards funds from retail investors. It doesn’t get into the specifics about why that is but it’s certainly unusual. StreetShares’ investment offering carries a total risk of loss much like other p2p lenders.

But interest rates aren’t supposed to fall in a void where nothing else in the outside world is happening. Assuming the economy is cooling, or worse, eventually heading towards a recession, the somewhat attractive looking p2p loan yields will fall as well since defaults on the underlying loans will rise.

So what does this mean? It means that online lenders, to the extent they’re still interested, have a potentially short window to entice retail investors back. To do so, they’ll have to convince the world that past transgressions are behind them and that low savings account rates can be supplanted by people helping their peers in return for a slightly better yield. That’s how the entire concept took off to begin with. I say the window is short because once we’re actually in a recession, it will become incredibly hard to convince fearful investors to participate in making risky online loans especially if the average returns drop into the negative. Don’t be surprised when that happens.

Home › p2p lending › Could Peer-to-Peer Lending Be Resurrected By Falling Interest Rates? At Least For Now?