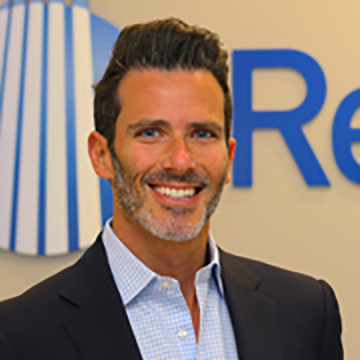 Company mergers, like marriages, have their pros and cons. Some are more successful than others and many say it’s unwise to rush into one. This is certainly the approach Adam Stettner adopted when he, as CEO of San Diego, CA-based Reliant Funding, oversaw the merger of his company with Merchants Capital Access, based in Melville, NY on Long Island.

At the time of the merger in April 2015, Merchants Capital Access was an MCA funder. According to Stettner, they were what he considered a “back end” as they didn’t do marketing or sales. They did underwriting and funding, but they did not originate any new business.

Reliant Funding, which Stettner led, did almost the inverse. While it did some cursory underwriting, it mostly marketed and sold funding to small businesses. It would also package small business merchants and place them for appropriate funding. But they did not fund directly. So, it seems, these two companies made for a perfect marriage. They completed each other. But not so fast.

Even though Stettner had considerable experience working as a direct lender in the student loan business prior to taking the helm at Reliant Funding in 2008, he didn’t feel ready to dive into funding a different type of client. (Stettner said he originated and held on his balance sheet $15 billion in student loans at National Lending Associates, a San Diego company he co-founded.)

“I felt like it was easy for somebody to come into the [merchant advance] space and start writing checks and funding businesses,” Stettner said. “It’s hard to figure out how to get that money back. So instead of jumping in with both feet, I thought it would be wise to really understand our target demographic, our end user, the small business owner.”

So while the technical merger of Reliant Funding and Merchants Capital Access happened in April 2015, the newly enlarged entity operated as two distinct brands until September 2017.

This roughly two year period between the time of the actual merger and the official fusion of the two companies, now simply called Reliant Funding, was not just for Stettner to learn about funding small businesses. A lot more needed to happen to sync together a southern California company and a New York City-area company, each with different corporate cultures, attitudes and ways of getting work done.

“Getting 150 people with different views on work, culture, approach and strategy wasn’t easy,” Stettner said. “But it was definitely worthwhile and it was a lot of fun. There were times, of course, when it was frustrating as well.”

“While the environment may be laid back in appearance, the effort that’s put forth and the intensity that exists in the southern California office is no less than what you see out from our New York office,” Stettner said. “Both work incredibly hard and have great attitudes.”

However, he did say that the original culture in the New York office (formerly the Merchants Capital Access office) was much more centered around management decisions and Stettner made a point of bringing a culture of empowerment to that office.

“We talk [with employees] not only about the top line numbers, but also the bottom line numbers with the idea of empowering everyone,” Stettner said. “It’s important to me that everybody knows the why behind what we do. If people understand why we do something, it’s easier for them to get behind it, and they’re better equipped to offer an opinion that can help get us there faster.”

Now as Reliant Funding, Stettner said that the company is fully integrated under the one brand with unified systems and technology. The company is a funder with a sales team focused on direct origination. It also continues to grow what Stettner calls the wholesale channel or broker channel.