An early innovator of the merchant cash advance industry has re-emerged on the business scene in a very different new venture focused on mobile shopping.

Meir Hurwitz, co-founder of Pearl Capital, the MCA company acquired in 2015 by Capital Z Partners Management LLC for as much as an estimated $60 million, is now the chief visionary officer of ScreenShop. The New York startup markets an app designed to enable users to shop for a specific item by uploading a screenshot of the item to the app.

Working on a mobile app is a longer shot than MCA and it doesn’t always pay off, but Hurwitz said Thursday he’s enjoyed learning the business after two years off and visiting 62 countries since selling Pearl Capital.

The app is the first developed by New York-based Craze Ltd. and publicly launched on Nov. 7 with celebrity Kim Kardashian West cited as an advisor. Craze employs 12 technical workers in Israel and five in New York, Hurwitz said.

Hurwitz started in MCA in 2006 and then launched Pearl Capital with partner Abe Zeines in 2010. 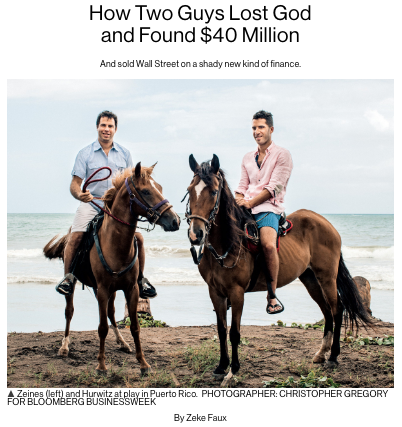 Pearl launched with $1 million and generated an $8 million profit in 2012. The following year, the company doubled its profit and reached origination volume of $100 million, Bloomberg reported in 2015. Hurwitz’s ScreenShop profile indicates that he’s a “three-time successful entrepreneur” and cites “over $500 million in funding capital.”

In addition to a real estate business in Puerto Rico, Hurwitz said he’s managing partner of New York-based GS Capital, a convertible debt company lending to small businesses. Zeines lists himself as the CIO of GS Capital, according to his online profile.

At ScreenShop, Molly Hurwitz (Meir’s sister) is listed as the co-creator and co-founder. CEO Mark Fishman was previously a risk manager for Pearl Capital.

The startup’s app, which is free, scans screenshots taken from any app or website on a mobile phone, converting them to similar items that can be bought for various prices. It plans to generate revenue by collecting a commission at the point of sale, Forbes reported.

“The results have been — we’re No. 5 on the app store category of fashion,” Meir Hurwitz said. “We’re just getting started.”