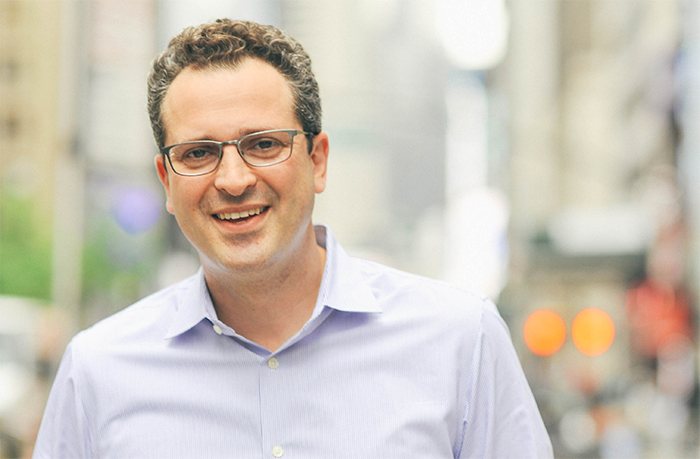 OnDeck’s recent quarter answered a host of questions that surrounded the online lender, touching on everything from market share gains, to year-end profitability, to double-digit loan origination growth on the horizon. Another major growth driver that took the spotlight was the partnership between OnDeck and JPMorgan Chase, which has been cemented with expanded terms.

Noah Breslow, OnDeck’s CEO, told deBanked the partnership, which is bigger than any other relationship the online lender has formed, is firing on all cylinders.

In fact, the Chase partnership has been not only a flagship deal for OnDeck but very possibly the online lending community as a whole.

“We think it’s a harbinger of what’s to come in the space. Chase took a very forward thinking move a year and a half, two years ago when it decided to work with us to build a product,” said Breslow, adding that OnDeck remains in discussions with a number of large financial institutions about providing similar services and capabilities for online business lending.

The partnership, which started off as a pilot program between OnDeck and Chase, is a testament to JPMorgan’s commitment not only to OnDeck but also small business lending, which has taken it on the chin since the financial crisis. Under the new terms the relationship will continue for another four years.

“A whole segment of small businesses doesn’t want to borrow $5 million or $500,000. They want $50,000. The traditional bank lending process is not set up to make loans very efficiently,” said Breslow, pointing to the costs and time involved that cause banks to shy away from doing this.

OnDeck uses a score, dubbed the OnDeck score, that Breslow likens to a FICO score for small businesses. “The OnDeck score is built for our population. It looks at cash flow, personal and business credit, the industry and geography of the business, other debt, taking a holistic view of performance of the business than only FICO and cash flow,” he said.

JPMorgan Chase sets how much risk they want to take or not take with the loans they issue on the OnDeck platform, leveraging both their own data as well as data OnDeck has collected over the past decade of lending. Chase’s small business lending program remains invite-only.

“Small business owners will receive an email or phone call or some other form of solicitation, and then they can come to the website and get approved. We think over the next couple of years Chase will expand the scope of the program, but we’re not talking about how and when they are going to do that,” Breslow said.

OnDeck has taken a series of steps to strengthen the company’s balance sheet in recent months, not the least of which has been to tighten lending standards, which admittedly led to lower loan originations in Q2. Nonetheless the company expects to rebound with double-digit growth in loan originations in 2018, albeit off a low base.

OnDeck has largely completed a cost reduction plan that was started in 1H2017 and essentially removed $45 million in annual expenses from its P&L. “That was a lot of work to take on in a short period of time. We went heads down and got through it. In conjunction with that we rationalized our credit policy and our credit standards to be more conservative to reduce loss rates. The combination of those two moves set the business up to be profitable at the end of the year,” said Breslow.

These steps are resonating with institutional investors, including Mario Cibelli, managing partner at Marathon Partners Equity Management, which has an investment in OnDeck. He characterized the Chase extension as “good stuff.” “I think they had a solid quarter. They’re following through on some of their promises and I’m continuing to monitor our investment,” Cibelli said.

While OnDeck appears to be out of the woods, Breslow shared his perception of the industry.

“The advantages of online lending go to market leaders and scale players. Some folks with lower levels of scale can’t get credit performance right and don’t have enough capital to build out their business,” said Breslow.

With the expanded JPMorgan Chase relationship, gaining scale is on the horizon while some of the hard times appear to be in the rear-view mirror.

“The nice thing is we’re focused on growth again. The message we wanted to communicate yesterday is that we have all the capital we need to lend after the progress we made in the past year. We refinanced $850 million in credit facilities or added new credit facilities. So we have a great balance sheet that’s healthier than it’s ever been from a capital perspective. Now it’s about growing responsibly and profitably as we head into 2018,” said Breslow.