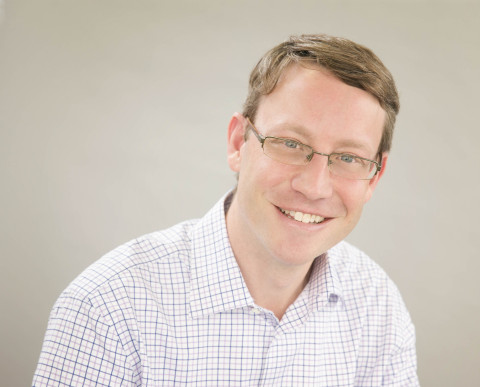 Alternative lender Elevate has hired Tony Leopold for the newly created role of general manager of Rise, the company’s flagship product that is 100 percent online. The addition places Rise in the spotlight ahead of Elevate’s maiden earnings report as a publicly traded company, which is being unveiled in May. Leopold had ambitious plans for Rise, which bodes well for the company’s balance sheet.

Before Leopold came on board Jason Harvison, Elevate’s COO, oversaw all of Elevate’s products.

“As Rise has grown and become more complex it starts to become difficult for one person to manage all the moving pieces. It made sense to have a general manager come in and oversee the different parts of the puzzle for Rise,” Leopold told deBanked.

Leopold’s move to Elevate from United Rentals represents his foray into the world of fintech. Prior to that he also had a stint with Bain & Company, experiences from which he fully intends to pull as he steer’s Rise into its next chapter.

“I see a lot of parallels in the way we raise capital and make decisions about how to allocate that capital. The fintech side feels very familiar to me as United Rentals was very capital intensive. My experience at United Rentals will be very useful with Rise in moving it from where it is today to a higher level in the future. It is a playbook that I know very well.”

In his new role, Leopold, who officially came on board in March, oversees decisions that touch Rise and its customers on issues ranging from where he wants interest rates to progress, to value creation for the customer and the company, to customer acquisition. He also leads the charge on the states in which Rise is available and the product strategy in each of those states, which at the moment stands at 15.

And while expansion is on the horizon, Leopold’s near-term focus is on the states in which the product is already offered. “My main priority is making sure we increase share in states that we are already in through customer acquisition and more importantly customer retention. Over time we will add additional states to extend our reach as it makes sense.”

Leopold kept his cards close to his vest on the details, though he pointed to Elevate’s deep bench of talent to increase customer loyalty. “That’s our secret sauce. We have a world class risk analytics team that identifies customers that are a good fit for our product. This gives the customer access to credit that they didn’t have before.”

Elevate in 2015 grew its revenue nearly 60 percent to $434 million, while gross profit in that year came in at $125 million. Shares have climbed 27 percent (as of April 28) since the carefully timed IPO.

“I have responsibility for the P&L results for the Rise product, the flagship product for Elevate. Rise is critical to the overall performance of the company,” said Leopold. “Growth is something that is a priority, and historically this company has not had a problem achieving that. Growth for the sake of growth doesn’t create shareholder value. But as we continue to grow we will do so profitably and responsibly from a credit perspective.”

While Rise is by no means a payday product, its target customer possesses subprime credit. As a result, the interest rates attached to Rise product loans range from 36 percent on the low end to 299 percent. Rates improve to the lower end of that range as customers prove their credit worthiness.

“There are 170 million subprime Americans, customers that often times do not have access to traditional sources of credit such as banks and credit cards. The credit they do have access to in some states can be predatory. While we charge interest rates that are higher than credit-card companies for new customers, we take losses at a higher rate as well. To provide credit and take on higher risk you have to have a higher interest rate. Otherwise we wouldn’t be able to provide credit to customers who need it,” said Leopold.

Elevate reports its first-quarter results on May 8.