Consumer Credit Defaults Are Falling, But Don’t Celebrate Yet


Waiting for some good news? Here’s half an attempt.

While this is some respite, all but bank card defaults fell in May. 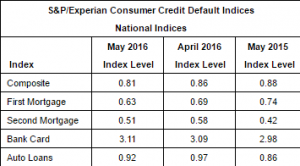 The bank card default rate however increased two basis points in May to 3.11 percent 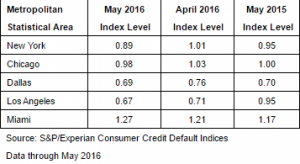 “Overall the consumers’ credit picture is very good,” says David M. Blitzer, managing director and chairman of the Index Committee at S&P Dow Jones Indices. “Consumer credit default rates continue at the lowest levels in more than 10 years and well below those seen before the financial crisis.”

Is this silence before a storm?