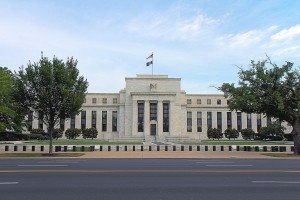 It’s finally happening. Americans saved more than they spent over the last quarter.

The Federal Reserve kept the benchmark federal funds rate at 0.25-0.5 percent on March 16 after raising it for the first time in a decade in December last year. But, as demand for labor increases, the central bank can go easy on scaled back forecasts of higher interest rates noting that the economy is exposed to the uncertain global economy.

Personal consumption expenditures (PCE) on goods and services which is the Fed’s preferred inflation metric also increased by a percent, while still staying below the targeted 2 percent.

The lackluster consumer spending however does pose a risk to the first quarter GDP figures estimated at 1.5 percent annually.

Separately, pending home sales also rose 3.5 percent  in February to their highest level in seven months according to the National Association of Realtors. Low mortgage rates combined with increased incomes and savings has prodded buyers to sign contracts on new homes.

Numbers at a glance: