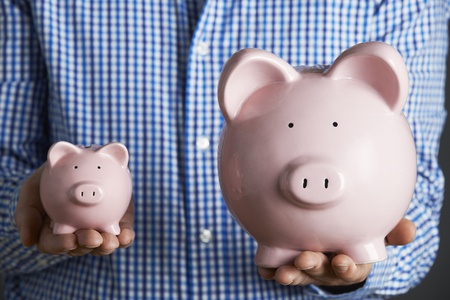 The new maximum should raise eyebrows. That’s because while one of Lending Club’s biggest allures is the ability to refinance credit cards into a lower rate over a fixed term, there are zero safeguards in place to ensure that the borrower actually uses the proceeds to do just that. Instead, the applicant simply checks a box and if approved, gets the loan minus the origination fee wired to their bank account. That means today’s consumer can obtain 40 grand in one lump sum online. Unsecured. In their bank account. For whatever purpose. From a lending marketplace that puts none of their own money in the loans.

The numbers look okay, for now. Using NSR’s backtesting tool revealed that loans of exactly $35,000 have generated higher returns for investors than loans of smaller sizes, but have a higher loss rate. This is because the interest rate increases with loan size. The all time loss rate on $35,000 loans is 6.60%, according to the tool, but Lending Club didn’t start making loans this big until February 2011, after the recession had already ended.

That in itself should be alarming because when we examine the time period of June 2007 through June 2010, when the Great Recession occurred, loss rates hit the largest loans the hardest. At that time, the maximum loan size was $25,000 and the loss rate on those was 11.54%.

With the maximum size having increased to $35,000 and now to $40,000, there is no recessionary data to indicate how these large loans will perform.

The Temptations of a Cash Windfall?

Credit cards can moderate spending habits because there is a limit on the type of goods and services one can acquire with them. With cash, consumers may be tempted to indulge themselves in other things. One has to wonder if the average consumer really needs 40 grand wired to their account on an unsecured basis with no strings attached on what to do with it.

Lending Club might have considered this already though. In December, they announced Direct Pay, a pilot program in which Lending Club actually requires borrowers to use up to 80% of the proceeds to pay off their outstanding debt. There’s one caveat, it’s only open to a category of the most risky borrowers, those with Debt-to-Income (DTI) ratios of up to 50%. Lending Club’s traditional DTI cap is 30%.

That means that investors have to rely on the ability of borrowers to do the right thing with 40 grand in unsecured cash. Should they trust them?