‘Twas the Day Before New Year’s for Funders 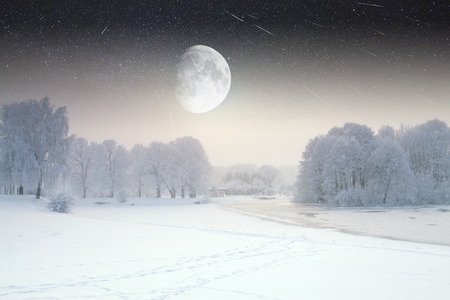 ‘Twas the day before New Year’s, and all through the floor
The staff was busy catching up, but being pushed for more
Submissions kept coming, most missing some stips
The most simplest of standards, the brokers always miss

The underwriters were dizzy, crunching numbers for hours
Getting hustled for approvals because they hold all the power
And management holding meetings, going over collections
Returns and defaults, and next year’s projections

When out of the blue, there arose such a clatter
The originators sprung up to see what was the matter
An announcement being made, attentive they listened
“Employees of the company!” said a face that glistened

With cheer in his eyes, and a non-familiar glow
Everyone was excited and frightened at the same time to know
He continued to explain, news that was both bad and good
Reflecting on the year, in terms they understood

With a lot of fluff talk, numbers, and percents
They knew at that moment, how it all made sense
Understanding their roles, and those who contribute
Appreciating their time and how they distribute

Now, closers! Now, admins! Now, marketing and relations!
Now, underwriting and sales! Anyone who had patience!
To the breakroom! To the breakroom with you all!
And they all huddled in, without an argue or a brawl

There on the table sat a wonderful spread
Snacks and desserts, more than enough to be fed
Stuffing their faces with enough food for two
The staff laughed and chatted though there was so much to do

“We can’t take a break! there’s so much to complete!”
“Though this is more than I ate all this week!”
This much is true- as many don’t know
They don’t leave their desks often, like elves at the North Pole

So back to their seats, with plates by their side
Back to reality, but they did it with pride
The realization of all of their hard work
It isn’t all that bad when you look at the perks

As the time grew later, he knew what to do
Since nothing was funding in the late afternoon
He had another announcement which he said with great cheer
You’re all getting out early and have a Happy New Year!

Amanda Kingsley is the CEO of Sendto (A Company which previously assisted in the training, education, and connection of Brokers and Funders). Kingsley has been in the Merchant Cash Advance Industry for 4 years and has grown with the specific needs of every aspect of running a reputable broker/funding company. You can contact Amanda Kingsley on twitter @whoiskingsley