After many months of Lending Club warning that they would be REMOVING borrower credit data from note listings, they have completely reversed course and ADDED fifteen new credit attributes. On Peter Renton’s LendAcademy forum, one member speculated that this move was made to compete with Prosper for the attention of institutional investors. If true, that would be entirely misguided.

Almost exactly one year ago, Lending Club announced that they were cutting the amount of data points available to investors from 100 to 56. Renton, a marketplace lending evangelist and founder of the LendIt conference, gave it a negative spin in his blog:

It is pretty obvious by now that I don’t like these changes. For quite some time now Lending Club has been reducing the amount of transparency for investors. Now, some changes I completely understood such as removing the Q&A with borrowers and even the removal of loan descriptions. But removing data that investors have been using to make investment decisions is a step too far in my opinion.

I think Lending Club need to ask themselves if they are a true marketplace connecting borrowers and investors in a transparent fashion or whether they are more of a loan origination platform that makes products available to investors. They are certainly moving more towards the latter, I think, and that is a shame for everyone.

The move was seen by many as a way to stop investors from trying to reverse engineer their models and beat their grading system for above average yields. While understanding that perspective, it is mind boggling that they had planned to remove more data points and make the loans on the platform even less transparent. And here’s why… 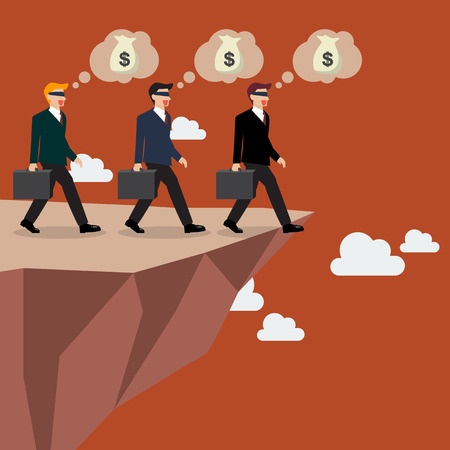 Lending Club is a key signatory to the Small Business Borrower’s Bill of Rights, a group of political activists that claim innovative small business lending can only achieve its potential “if it is built on transparency, fairness, and putting the rights of borrowers at the center of the lending process.” With transparency being a focal point of their agenda there, one might find their attempts to reduce disclosure and eradicate transparency a bit hypocritical.

Investors on Renton’s forum who had for months anticipated Lending Club to remove more data points, also viewed it negatively. “I’d have to think hard on whether to continue investing in LC notes without those credit fields — it would be very much like gambling rather than investing,” wrote Fred back on July 8th.

A similarly named user, Fred93, communicated that these data points were all investors had to go off. “We can’t shake a borrower’s hand, feel the firmness of his grip, the sweatiness of his palm. We can’t look a borrower in the eye. We live or die by a handful of numbers, which we hope mean something, on the average,” he wrote.

Clearly some investors weren’t thrilled with the proposed changes. All the while, Lending Club’s co-signatories had been promoting the transparency pledge through speeches, TV appearances, public relation events, and press releases. To be fair, The Small Business Borrowers Bill of Rights is aimed at transparency between business borrowers and sources offering business financing. Lending Club’s planned removal of data was targeted at investors in their consumer notes. It sounds different enough until you consider that 72% of Lending Club’s loans originated in 2014 were funded by investors vastly less sophisticated than the commercial businesses they have pledged to protect. That’s because that money came from consumers, many of whom are unaccredited and went through no screening process. Instead, these investors are presented with a prospectus as if they were buying a stock or bond and stuck with the risk whether they understand it all or not.

These consumers who are legally presumed to be unsophisticated are the very same people that Lending Club planned to reduce disclosures to, all the while heavily promoting to them that they roll over their retirement savings onto their platform. That logic is the very definition of insanity. Obfuscating the reasoning behind certain scoring grades to these investing consumers would be nothing short of unconscionable and would reasonably invalidate any pledge they’ve made towards transparency in other areas.

Lending Club has for now avoided a major flop by reversing course after having added 15 new pieces of data for investors. 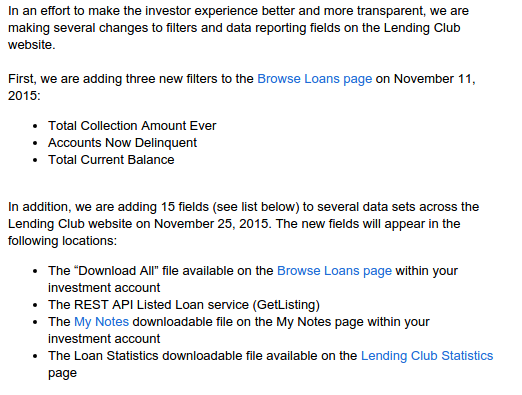 While some investors speculated the move had to do with pressure from Lending Club’s institutional investor base. The more likely reason is increasing scrutiny from federal regulators. Less than two weeks ago for example, the FDIC warned banks about marketplace lending and advised them to perform their own underwriting on the loans they buy and not to rely on originator scoring models. A summary of their letter specifically said:

Institutions should underwrite and administer loan and loan participation purchases as if the loans were originated by the purchasing institution. This includes understanding the loan type, the obligor’s market and industry, and the credit models relied on to make credit decisions.

Before purchasing a loan or participation or entering into a third-party arrangement to purchase or participate in loans, financial institutions should:
– ensure that loan policies address such purchases,
– understand the terms and limitations of agreements,
– perform appropriate due diligence, and
– obtain necessary board or committee approvals.

These guidelines conflict with Lending Club’s long sought after goal of getting investors to trust their A-G scoring grades. The banking regulator is advising banks to basically disregard them. “The institution should perform a sufficient level of analysis to determine whether the loans or participations purchased are consistent with the board’s risk appetite and comply with loan policy guidelines prior to committing funds, and on an ongoing basis,” the more complete memo reads. “This assessment and determination should not be contracted out to a third party.”

A law firm with specialized knowledge of the industry, criticized the FDIC’s move when they wrote on their website, “Ironically, given the Treasury Department’s recent request for information, which supported marketplace lending and focused in part on how the federal government could be supportive of the innovations in marketplace lending, we now have a federal banking agency that is creating roadblocks to having banks participate in this dynamic and rapidly growing space.” 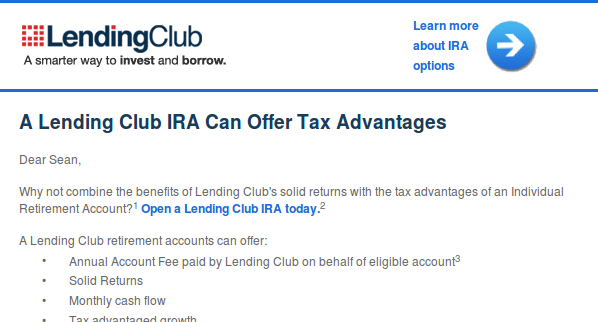 Asking banks not to rely on marketplace scoring models alone hardly seems like a roadblock, especially when the models are tucked away in algorithmic obscurity, have hardly been around for very long, and would decide the fate of depositor money. And if this directive indeed contributed to Lending Club’s transparency reversal, then it couldn’t have been any more well-timed.

Whether or not the added data points will make any difference to the performance of investment portfolios is irrelevant. If unaccredited investors and/or depositor money are the source of marketplace loan funding, then Lending Club has a responsibility to disclose as much as possible, no matter how little value they believe certain pieces of information are worth. The 15 additional points are a welcome announcement. The question going forward should be, what else can they disclose?

As a company that pledged so strongly to protect corporations from transparency issues in the developing commercial finance market, they should be trying twice as hard to protect the unsophisticated consumers that invest in the loans they approve and make available for investing. Some of these consumers are prodded into putting their retirement funds on the platform and we all know some people will irresponsibly place their entire retirement portfolio in it. The “Number of credit union trades” a borrower has might not unlock the secret to better investing performance but if it’s something Lending Club knows, the investing public deserves to know it too, if only in the name of transparency which they have so committed themselves to uphold…