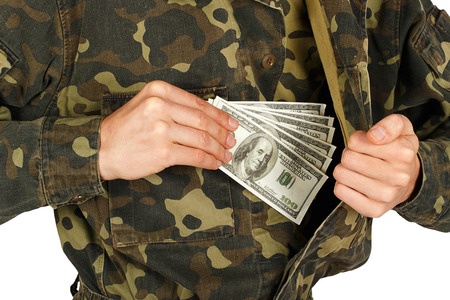 It’s a case of the ‘ol bait and switch, at least at first glance. The interest earned on fixed rate notes is supposed to be predictable, but it can change at any moment due to the Service members Civil Relief Act (SCRA). The earliest versions of the law were enacted in 1940, and they provided America’s active duty military servicepeople with certain protections while they were abroad.

One of those protections is a cap on interest rates. Specifically, the SCRA requires that the interest rate on preexisting debts, such as Loans, be set at no more than 6% while the qualified service
member or reservist is on active duty. This rule extends to online lenders as well, not just traditional banks and credit card companies.

I personally was reminded of the law when one of my Lending Club notes had their interest rate dropped from 12.69% to 6%. I guess I should’ve known it was a possibility considering the borrower’s job title was listed as Command Sergeant Major.

When the serviceperson returns from active duty, the rate goes back to what it originally was but the difference between the agreed upon rate and 6% while away is automatically forgiven.

The Lending Club prospectus states, “We do not take military service into account in assigning loan grades to borrower loan requests. In addition, as part of the borrower registration process, we do not request our borrowers to confirm if they are a qualified service member or reservists within the meaning of the SCRA.”

The risk of deployment is one that investors take on their own. The SCRA cap has affected a measly .004% of all the consumer notes that I’ve acquired across two platforms. To an investor, the impact on portfolio yield should be immaterial, and as for servicepeople, well I hope it makes a difference for them. They deserve all the protections and benefits they can get!