The best case scenario for the alternative lending industry is that every startup’s model is pure genius and all the founders’ assumptions are correct. To an extent, it kind of feels that way right now, that everyone’s riding this unstoppable growth train. I can barely go a half hour without getting an email alert telling me that yet another fintech player has raised millions to disrupt lending. The steady drumbeat of news validates ideas, concepts, and investments, and puts pressure on others to jump on board and join the party.

It’s incredibly easy to get caught up in it all. I am guilty of it myself sometimes. I know this because my pedestrian friends outside the industry have reacted to the investment opportunities in it with extreme skepticism.

“But isn’t this brilliant?!,” I ask them. Most are amused, but I’ve never convinced a pedestrian to invest in marketplace loans. They see flaws and risk all over it, and sometimes for reasons I hadn’t even considered. I compared these responses in my head with responses I’ve heard from industry professionals. Was the contrast in feelings reflective of differing philosophies? And do industry professionals just have more knowledge to think the way they do?

I had an epiphany when a colleague sent me a link to a short puzzle published on the NY Times website to see if I would arrive at the same conclusion that she did. I didn’t.

For the sake of fun and knowing what I’m talking about, you can take it here.

Spoiler alert! The puzzle’s answer is discussed below so if you don’t want me to ruin the puzzle until you’ve taken it, don’t read below

According to a sample, a mere 9 percent heard at least three nos — even though there is no penalty or cost for being told no. 78 percent never even got one no before they guessed the answer. “It’s a lot more pleasant to hear ‘yes’,” the research claims. “This disappointment is a version of what psychologists and economists call confirmation bias. Not only are people more likely to believe information that fits their pre-existing beliefs, but they’re also more likely to go looking for such information.” 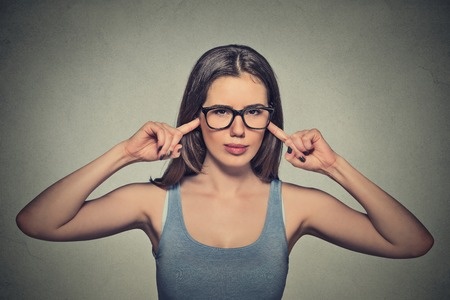 The Times article is well…timely, because it’s possible there’s a running case of confirmation bias right here in the alternative lending industry. Nothing makes this more obvious than by the way Todd Baker ripped the industry to shreds in his August 17th article for American Banker. In Marketplace Lenders Are a Systemic Risk, he opens by writing, “Once again the markets have fallen in love with a group of young, aggressive and not very regulated lenders.”

The sobering viewpoint was immediately met with criticism, most notably by Mike Cagney, the CEO of SoFi. Cagney issued a direct response to Baker in own American Banker piece. Of Baker, he wrote, “While his intentions are good, his rationale is flawed.”

But whether or not you agree or disagree with what Baker wrote, he’s done the industry an enormous favor. He looked at it all and said “no.” According to the Times, “We’re much more likely to think about positive situations than negative ones, about why something might go right than wrong and about questions to which the answer is yes, not no.”

Keep that in mind when Baker wrote, “If an [Marketplace Lender] MPL can’t issue new loans — which will happen any time investors refuse to buy loans in the MPL marketplace — the transaction fees that are the MPLs’ main source of revenue and cash will instantly disappear, while expenses continue to mount. An MPL has to keep issuing loans to survive.”

Few people like to think about what would happen when or if investors refuse to buy loans. And when Cagney responds directly to this by saying, “The scenario he describes can’t happen,” one has to wonder if his rationale might be subject to confirmation bias. “If there is no buyer, MPLs simply stop lending,” he explained.

Rather than rebut Baker’s argument, he seems to confirm it. Without being able to issue loans, an MPL’s revenue will disappear, and therefore an MPL indeed has to keep issuing loans to survive. How else does an MPL stay in business if it stops lending?

Baker reminds us all that we have been here before. “When sentiment changes, the MPL investors’ rush to the exits will be no less swift than it was for traditional finance companies in 2007-8 or in the Russian and Asian debt crises of the late 1990s,” he writes. He alludes that large swaths of industry professionals have convinced themselves that things will be different this time even though history continues to repeat itself.

“There is too much money to be made before the inevitable blow-up,” he laments. 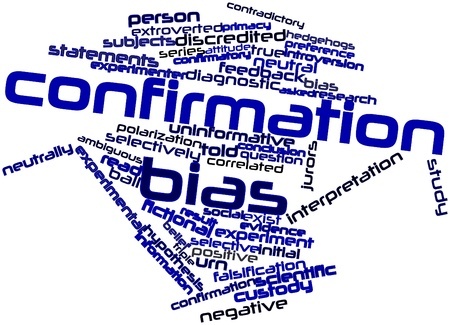 Baker’s opinion is one of the best pieces I have read about alternative lending this year, mainly because he was unabashed in his criticism. I’ve always believed that the best way to feel good about your decision is to hear a lot of reasons first about why you shouldn’t do something. Coincidentally, in the Times puzzle, I got nine nos before I felt confident about the game’s rule and successfully solved it. Only 9 percent of participants got three nos or more.

Nos are healthy and should be considered a welcome concept in this industry. Those working on credit models should remember that it’s not just about confirming your theories, but also about disproving them. Build your model and then try to destroy it. Test things that you think won’t work in addition to the things you think will work. Go out there and break things. Run worst case scenarios. Fund money to a deal that you think will go bad. See what happens.

“Often, people never even think about asking questions that would produce a negative answer when trying to solve a problem — like this one. They instead restrict the universe of possible questions to those that might potentially yield a ‘yes’,” says the Times. This flawed approach could lead to catastrophe.

In The Quants: How a New Breed of Math Whizzes Conquered Wall Street and Nearly Destroyed It, odd scenarios not accounted for in computerized trading models led to disastrous losses. At times, the quants’ computers refused to acknowledge events that were actually happening because the built-in models believed they were too statistically impossible.

So when SoFi’s Cagney says, “the scenario [Baker] describes can’t happen,” in regards to the potential of an MPL failing because there are too few loan buyers, it should be taken with a grain of salt. Of course it can happen.

But it should also be mentioned that SoFi is now worth about $4 billion. That means that in a room full of alleged geniuses, Cagney is a certifiable genius. But there’s no way someone in his position would raise a fresh billion dollar round of capital and then concede to American Banker that the whole system could be torn to shreds at any moment.

The danger is that others will point to Cagney as validation that their own lending aspirations are viable even when their own models and market positioning are substantially weaker. Not every new lending startup CEO is Mike Cagney. And there is plenty of truth in Baker’s opening line, “Once again the markets have fallen in love with a group of young, aggressive and not very regulated lenders.”

A lot of arguments have been put forth about why everything is different this time, that it is impossible to fail, but we may find out just as we have countless times before that this isn’t the case.

It’s refreshing to hear someone second guess the whole industry. Hopefully if you’re a player in this space, you’ve thought of reasons why your business might be flawed. If you’re like 78% of the population that’s too scared to even get one no before committing to an answer, you’re probably in big trouble…