Participate in Alternative Finance? You Might Want to Start Watching the Supreme Court 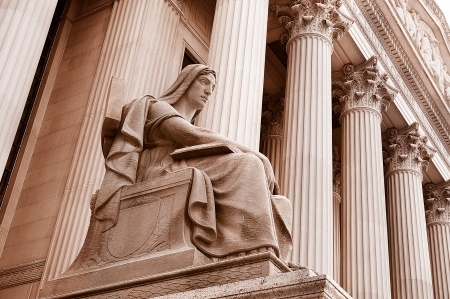 A trio of cases before the Supreme Court could have far reaching effects on alternative small business finance. Here’s a rundown of what to watch.

The Dodd-Frank Act gave the CFPB authority to enforce ECOA, which is one of the few fair lending laws that apply to small business lenders. Some legal observers believe that the CFPB could potentially bring disparate impact claims under ECOA against alternative funders that the Bureau believes have engaged in policies that have resulted in discrimination. The Court’s decision may embolden the agency to bring future actions.


ECOA prohibits lenders from discriminating against applicants on the basis of race, color, religion, national origin, sex, marital status, or age. It also requires lenders to provide applicants notice of any adverse actions taken by the lender in relation to the applicants’ request for credit. The Hawkins case asks the Court to decide whether guarantors should be included in the definition of applicant.

If the Court determines that personal guarantors are included in the definition of applicant, guarantors would be entitled to the same protections and disclosures as business applicants. Lenders would be required to provide the primary business applicant as well as each guarantor with the appropriate adverse action notices in the event of a decline. Implementing procedures to comply with this requirement could require significant investment from alternative lender.

This case has been widely followed given its potential effects on marketplace lenders that use banks to originate their loans. The Madden court held that the usury preemption provision of the National Bank Act did not apply to non-bank assignees. Midland requested that the 2nd Circuit rehear the case en banc but that request was denied last week. Midland now has 90 days from the date of the denial to petition the Supreme Court to review the 2nd Circuit’s decision.

As it stands now, Madden is binding in the 2nd Circuit. If the Supreme Court declines to hear the case, the denial will confirm that Madden is settled law. In that event, observers will be closely watching to see what effect Madden has on litigation involving marketplace lending as well as the purchase and sale of bank originated debt in the larger secondary markets. A recent case out of California may provide some early indications.

Home › Legal Briefs › Participate in Alternative Finance? You Might Want to Start Watching the Supreme Court