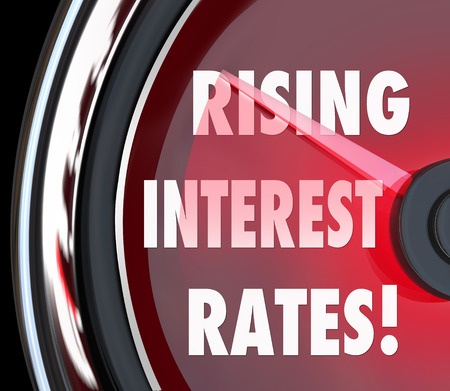 On April 1st, Ari Levy of CNBC posed the question, “what do rising rates mean for online lenders?”

Right now, everyone’s lending so much that it’s hard to keep up with. There’s a waiting list for institutional investors to deploy capital into these platforms and even retail investors have been drawn away from stocks to earn 5% – 12% a year on risky three to five year notes.

To be frank, borrowers aren’t necessarily choosing alternative lenders over banks because of the rates. The ease of getting a loan online is part of the attraction. But even if the lending platforms raise their rates and the borrowers stick around, will the investors?

Peter Renton, founder of Lend Academy told Levy, “Nothing below 2 percent [federal funds rate] is much of a concern.”

According to the WSJ, Fed officials have estimated the federal funds rate to be 3.125% in 2017. That’s above Renton’s 2% threshold. This rise will inevitably translate into higher national savings account rates, which currently yield below 1% on average. There are definitely price points that will flush out retail investors from investing in platform notes.

Remember that around 2006, banks like HSBC were paying 5.5% APY. If such a scenario were to happen again, even if five years from now, how likely is it that a retail investor would place capital in an exotic, risky, and relatively illiquid 3-5 year note? I think the average retail investor would be willing to sacrifice a few percentage points and go for the absolute safety of an FDIC-insured account. I know I would.

It’s already possible to earn over 2% in a 5-year FDIC-insured CD. It’s not enticing yet but it’s getting warmer.

Given the choice between a 5% 5-year FDIC-insured CD and an 8-10% 5-year note backed by the full faith and credit of some dude on the Internet that needed a loan to pay for his medical expenses, I’m probably going with the CD. But with a savings account right now earning less than 1% and CDs barely earning more than that, right now my moneys riding on some dude.

The allure of a Lending Club, Prosper, or note of any other marketplace lender is especially attractive right now because a savings account is where money goes to die. There’s stocks of course but there will always be stocks. They’re actually a good way to complement a portfolio in marketplace loan notes for diversity. A safe investment at present basically earns nothing so the average joe has an incentive to play around with alternative lending.

Just two months ago, Jorge Newberry, the Founder & Chief Executive Officer of American Homeowner Preservation LLC, declared peer-to-peer lending dead in his Huffington Post blog. His basis was that it’s all institutional investors doing the lending to peers now, instead of their actual peers. Give the remaining peers on the platforms a safer more liquid investment with an acceptable yield and the notion of peer-to-peer lending could be deader than dead.

First, disco bit the dust. Then, punk rock keeled over. Now, peer-to-peer lending has been annihilated. Who murdered P2P? Wall Street. BlackRock. Wealthy bankers. The guys I was shoulder-to-shoulder with last week in Las Vegas. At ABS Vegas 2015, billed as the largest capital markets conference in the world, the P2P/Online Lending 101 session attracted a Standing Room Only crowd.

However, this crowd was not made up of peers. These were killers.

As for short term business lenders and merchant cash advance companies, the turn time of an investment might only be six to twelve months. You’re not locked in for five years and the yields are typically better than consumer lending notes. There’s plenty of incentives for a retail investor who is syndicating to stick around even if rates rise.

And that brings me to the institutions lending to alternative lenders. I don’t know how much institutional investors expect to earn on consumer notes, but I have heard in the merchant cash advance industry that borrowing costs for the funders themselves can range from 8% to 18% APR. They might borrow money from a hedge fund for example.

That partially explains why costs to merchants are high, but it’s uncertain as to whether or not the institutions will just be able to raise their rates and pass along the increase or if there will be new yield opportunities elsewhere with less risk more fitting to their fancy.

My belief is that rising rates will indeed impact alternative lenders and retail investors will probably find safer places for their money pretty early on. As to what the institutional investors will tolerate and who can weather passed on cost increases without being hurt is yet to be seen.