Your Credit Card Processor is on the Hook for illegal Sales


A long, long time ago when I first got into the electronic payments business, I encountered a tricky situation. One of my clients owned a small retail store in a mall selling African art, sculptures, posters, and merchandise. Looking over the previous few statements, it was obvious their customers paid face to face, their transactions ranged from as low as $2 to as high as $150, and that they conducted about $10,000 in sales per month. I was happy to have saved them a few bucks and made my way on to the next client.

Three weeks later I was called into the boss’s office. He stared at me intently and asked in a very serious tone “What do you know about this art store?” I replied with what I knew but was confused as to what the fuss was about. That very same art store had run three transactions for $7,000 in one day, all with foreign credit cards that were hand-keyed into the machine. Red flags went off and the processing account was frozen. The sales were far in excess of $150, he processed double what he would normally do in a month all in one day, the transactions were not conducted face to face, and the cardholders were not in the U.S. It didn’t look good.

I, with my boss, called the art store to determine what had happened. The owner explained that his brother owned an adventure touring business in Kenya. Since he didn’t have the ability to accept credit cards, he would occassionally take the card information from customers, call his brother in the U.S. and have him run the transactions for him at the art store. Once the deposit cleared, the proceeds would be wired back to his brother in Kenya and the customers would be told that their adventure tour was approved.

That’s not exactly art, sculptures, posters or merchandise now is it? We didn’t catch it because they hadn’t done this in any of the previous three months statements they supplied to approve the account. To our surprise, the banks reached the card holders who confirmed the transactions were legitimate and they had actually intended to pay $7,000 each for tours in Kenya. The only problem was that this retail store merchant account wasn’t approved for such use, nor could sales be processed by one business on behalf of another.

The result was termination of the account and a crash course for me in the school of electronic payment schemes.

All that was nothing compared to the shocking message online poker players received when trying to access fulltiltpoker.com and others on April 15th. A screenshot is below: 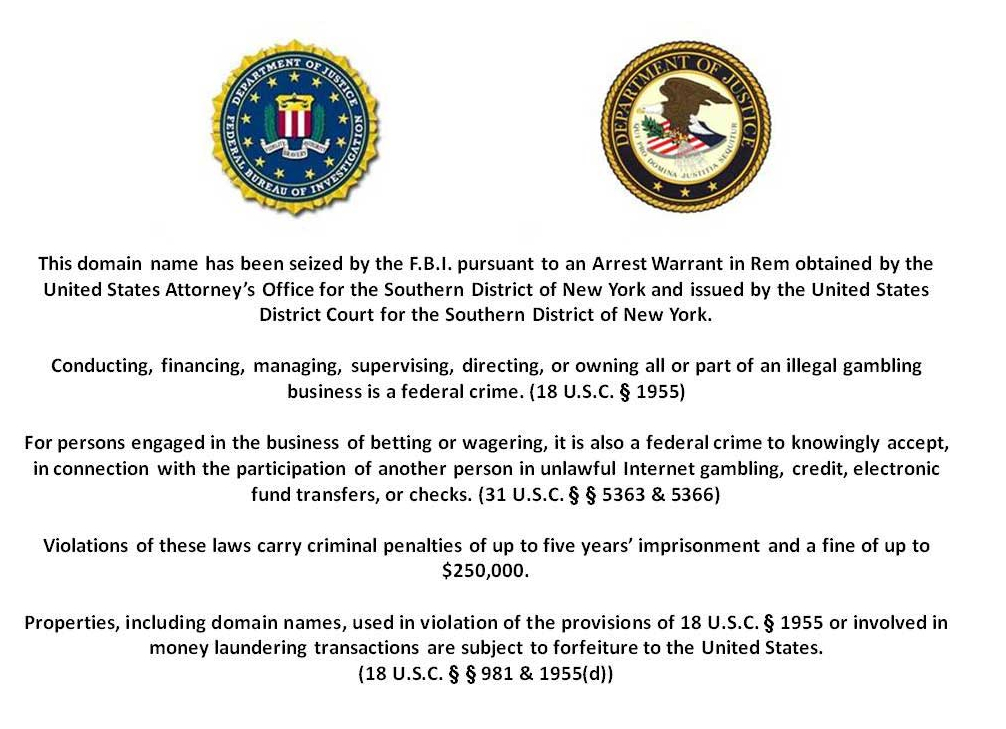 Online gambling is illegal and U.S. based banks are not allowed to process payments for gambling. So how did online poker sites accept card payments for over a billion dollars? They lied to the credit card processors about what they did or induced them to commit fraud in order to reap big profits.

As reported by Forbes, the scheme was very complex. the poker companies created multiple fake online shopping sites that supposedly sold flowers, pet supplies, and other items. So when a gambler used their Visa card to load their poker account with $100, the poker company would create a false invoice that showed $100 worth of flowers had been sold and shipped to the customer. The scheme was so efficient that it remained undetected for years.

As stated on Forbes “Federal prosecutors claim that the men behind PokerStars, Full Tilt and Absolute Poker, relied on highly compensated payment processors who lied to U.S. banks about the nature of financial transactions they were processing.” Shame on them.

I bet my old boss is shaking his head right now after hearing this on the news. No doubt all the new sales representatives are in his office, being stared at intently and spoken to in a serious tone. “What do you know about these poker sites you’re hearing about?” Confused by all the fuss, I’m sure they’re learning just like I did, that payment processing is a very, very serious business. Keep it clean and play by the rules.

Home › Merchant Processing, MPR Authored › Your Credit Card Processor is on the Hook for illegal Sales