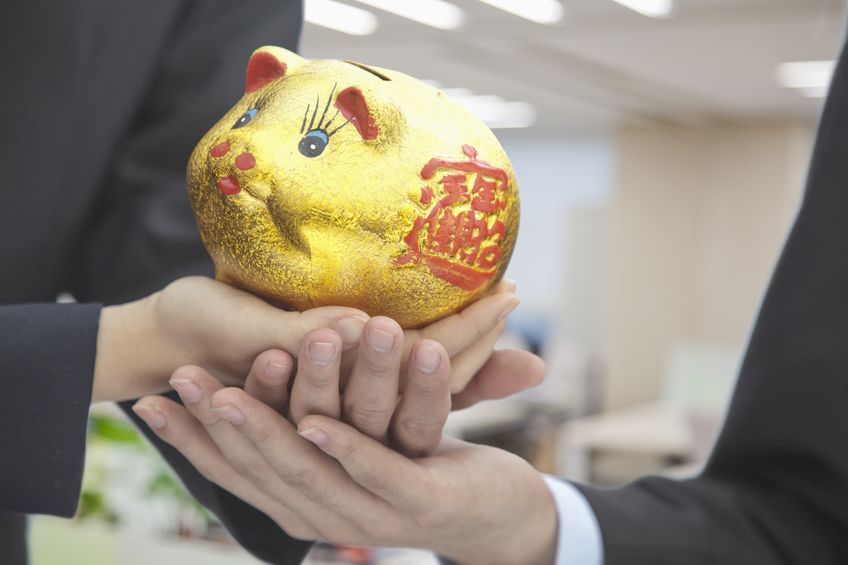 It’s been called the Wild West of the financial world, and it appears the sheriff is finally headed to town.

Chinese fintech, the P2P practice of connecting borrowers to lenders via the Internet, was supposed to bring much-needed competition and efficiency to the country’s outsized, government-run banking system, turning a sizable profit for a visionary group of investors in the bargain. Investors weren’t the only ones that stood to benefit from the boom. With large Chinese banks choosing to lend primarily to mammoth, state-owned corporations, the country’s small business community was similarly poised to profit.

That’s exactly how it played out for a while. Buoyed by bullish expectations, fintech startups with good marketing skills attracted large numbers of investors. This resulted in nearly a decade’s worth of easily amassed capital, dizzying returns in high interest rate bearing vehicles, and little in the way of meaningful regulation. Before you could say “Alibaba”, roughly one fifth of the world’s largest fintech firms hailed from China, with ZhongAn, an online insurance group backed by the e-commerce titan’s founder, Jack Ma, topping the list.

It was indeed the Wild West, but there was trouble on the horizon.

The twin villains irrational exuberance and negligent oversight eventually flipped the script, and China’s fintech sector has been reeling ever since. Returns derived from investing “captive capital” into funds that returned high spreads started drying up. Payment companies came under fire for questionable practices that at least one investment research firm, J Capital Research, likened to a Ponzi scheme. Doubt set in, followed by panic. Capital began flowing out of the country instead of into it, with investors that could head for the exit door doing just that.

By the end of 2015, nearly a third of all Chinese fintech lenders were in serious trouble, according to a recent article in the Economist, “trouble” being defined as everything from falling returns to halted operations to frozen withdrawals.

A few brave souls stuck to their guns, wrangling over how to make their finance models more sustainable for the long haul. Other so-called industry leaders simply skipped town. Literally. Enter “runaway bosses” into your preferred web search engine and the hits keep coming. According to the same Economist article, the delinquent bosses of some 266 fintech firms have fled over the past six months alone. It’s a worrying trend that pessimists say represents yet another nail in the coffin of China’s so called “Era of Capital.”

I wouldn’t be so sure.

Emerging trends will always be susceptible to periods of protracted volatility. It’s how industry leaders – and government officials – respond to such crises that lays the groundwork for what happens next. Now, the “maturation” process has begun in China. Unfortunately, to date it’s happened exclusively in the form of mass consolidation, with the state sector swooping in and taking over what was up until now a strictly private sector trend.

The Chinese government’s fondness for consolidating its interests is no state secret of course, but it would be a mistake for it to use the failings of the fintech sector to reassert the dominance of the country’s state-owned banking sector. The reason for this is straightforward enough. Big banks aren’t usually the biggest allies of small business, and every economy needs a robust small business sector in order to thrive.

Where could the Chinese government look for guidance? Not the US, unfortunately. If anything, the fintech market in America suffers from too much regulation. Everyone knows there’s no friendlier country on the planet for budding entrepreneurs than the US, and you certainly don’t have to look far to find examples of fast-growing American fintech success stories. You could go so far as to argue “disruptive innovation” in the financial sector is in our DNA, from the rise of Western Union to the emergence of giant credit card companies like Visa and Mastercard to the recent arrival of game changers like Lending Club, OnDeck and Venmo.

And yet, ask any fintech startup CEO about the thicket of regulation he or she has to routinely navigate in order to figure out which agencies have jurisdiction over, or which laws apply to, the various aspects of their businesses. Better yet, don’t. The alphabet soup of regulatory bodies they will be obliged to list – the SEC, the Fed, FINRA, OCC, FDIC, NCUA, CFPB, etc. – will put you both to sleep. The point is that these days the US lags behind other regions of the world in creating the environment the fintech industry needs to flourish. (One discouraging example: In the United States, the licenses needed to become a money services business (MSB) have to be acquired on a state-by-state basis; in the European Union, a single license is all it takes to do business in Berlin, Paris, Madrid, and Rome.)

Making finance safer is one thing, but blinding business with an unusually harsh regulatory spotlight isn’t the answer.

Why does it matter if the fintech sector goes belly up in China, the US, or anyplace else? To reiterate: Fintech isn’t some passing trend or get-rich-quick scheme. It’s one of the essential engines that drives small business development. According to the site VentureBeat.com, the World Economic Forum recently reported that a healthy fintech industry could close a $2 trillion funding gap for small businesses globally. You could drive a healthy uptick in the global GWP through a gap that size.

This brings us back to China. Chinese regulators may be tempted to capitalize on the country’s fintech troubles to reassert their influence, but they should strongly resist the urge. Instead, they might focus their efforts on taking steps to create a healthy ecosystem for the country’s fintech sector, one with regulatory controls that are clear, efficient, and properly implemented. Transparency will be key. One of the things American fintech companies do right is publishing essential information about those seeking loans, including their credit history, employment status, and income. This is to ensure that the investors putting up the money know what they’re getting into. It’s a critical confidence-builder, and China’s fin-tech model will need to be similarly transparent if it wants to succeed.

I happen to believe that it will succeed, and that it will continue to attract big money. The case could be made that it’s already happening. In December 2015, Yirendai, the consumer arm of P2P lender CreditEase, became the first Chinese fintech firm to go public on an overseas exchange, listing on the NYSE with a valuation of around $585 million. In January of this year, Lufax, a platform for a range of products, including P2P loans, completed a fundraising round that valued the company at $18.5 billion, setting the stage for a highly anticipated IPO.

Both companies pride themselves on their transparency protocols and risk controls.

The bottom line is this: No financial sector benefits from descending too far into a Wild West of laissez-faire everything, and China’s regulators were right to ride to the rescue. They would do equally well not to strong arm the sector’s brightest leaders. The country should strive to create a safe, healthy environment for third-party service providers to prosper and grow. If they do, it won’t just be investors in mobile transactions and digital currencies who benefit.

Matt Patterson is the founder of Expansion Capital Group. ECG provides convenient capital to US businesses and has lent over $120,000,000 to over 4,850 unique Main Street USA businesses. Matt is an experienced executive, entrepreneur, and investor with two degrees from Stanford University. bio: https://www.linkedin.com/in/matthewpatterson2