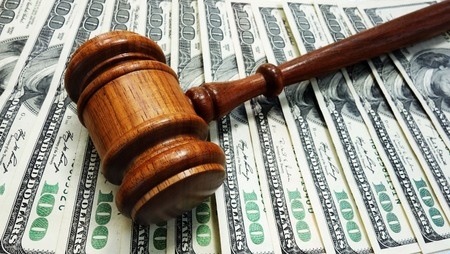 In November 2014, the Pennsylvania Office of Attorney General (“OAG”) filed a complaint against a number of companies that did business with a group of payday lenders. The payday lenders were a Delaware bank and three tribal entities. The defendants provided marketing services and operational support to the lenders and in some instances purchased portions of the loans. In its complaint, the OAG alleged that the defendants, and not the bank or tribes, were the de facto lenders and that their partnership with the bank and tribes were constructed to circumvent Pennsylvania usury laws.

In their motions to dismiss, the defendants argued that, in regards to the loans issued by the Delaware bank, federal law preempted the OAG’s state usury claims. They explained that the Depository Institution Deregulation and Monetary Control Act (“DIDA”) allows state-charted federally insured banks to charge the same interest rate in any state as they are legally permitted to charge in the state in which they are located. The DIDA mirrors the language of section 85 of the NBA.

The defendants argued that because the Delaware bank was a state-charted federally insured bank, the DIDA preempted the causes of action in the OAG’s complaint as they pertained to the defendants’ partnership with the bank. As additional support for their preemption argument, the defendants highlighted the fact that the bank not only originated the loans but also retained them wholly, or at least in part.

Despite the bank’s origination and retention of the loans, the District court rejected the defendants’ arguments. It held that federal preemption only applied to the bank. In support of its holding, the court cited to the Third Circuit’s decision in In re Community Bank of Northern Virginia, 418 F.3d 277, 295 (3d Cir. 2005). In that case, the Circuit court held that state law claims against a non-bank were not preempted by the DIDA or the NBA.

The District court refused to apply federal preemption to the defendants even though the bank retained ownership of all or part of the loans. The court noted that the complaint alleged that the defendants, and not the bank, were the real parties in interest and therefore reasoned that preemption should not apply.