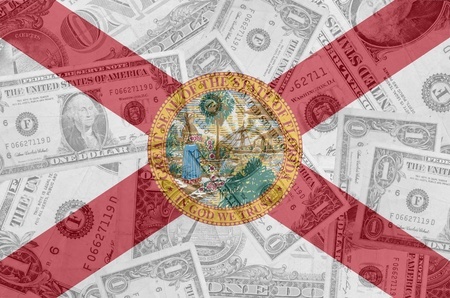 The Florida Office of the Attorney General was granted a temporary injunction against CashCall, Inc. The Attorney General’s action was based on alleged violations by CashCall of Florida’s Deceptive and Unfair Trade Practices Act related to loans CashCall had issued to Florida residents that charged rates in excess of Florida’s usury law. The injunction required CashCall to pay all loan proceeds it received during the pendency of the underlying litigation into the court registry and to establish a reserve of one million dollars. CashCall appealed to the Court of Appeals.

In its review, the Court explained that “[a]s a matter of law, in order to obtain a temporary injunction the Attorney General must demonstrate that ‘it has a clear legal right’ to the injunction…” and that “the viability of the Attorney General’s action is dependent on its ability to avoid the choice of law provision in the loan agreements.” The provisions provided that the loans at issue would be governed under the laws of Cheyenne River Sioux Tribe which permitted the rates charged.

CashCall’s argument prevailed. The appellate court cited two cases where the Florida Supreme Court had declined to apply the public policy exception to set aside a choice of law provision in a usury context. In those cases, the Supreme Court held that Florida has no strong public policy against usury as long as there is a reasonable relationship between the chosen jurisdiction and the transaction.

Hey, that money you’re getting from Floridians, let’s put it into the Court Registry until we can hear your Motion to Dismiss from all of your hundreds of attorneys and we can talk about hundreds of years’ worth of tribal authority. And you know what, they might win. There’s good case law I think as Brian said on both sides. It is an interesting argument. But I would like to ask the Court to focus on what we asked for and are we entitled to it.