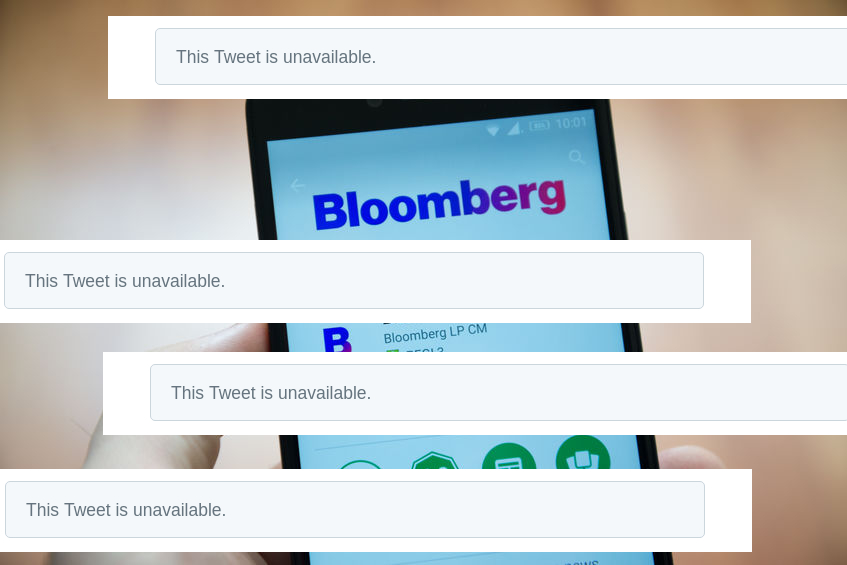 Hours after deBanked drew attention to a suspicious exchange on twitter between a senior editor at Bloomberg LP and a New York State Senator, one of the Bloomberg reporters behind the highly questionable merchant cash advance series took drastic action, he deleted every tweet he’s ever posted.

The series of events began on Thursday when Bloomberg editor Robert Friedman thanked New York State Senator Robert Hoylman for pledging to introduce legislation in response to the stories that he and reporters Zeke Faux and Zachary Mider produced. When deBanked’s Sean Murray chimed in on the exchange, Friedman quickly deleted his tweet, raising suspicions that there was something to hide. 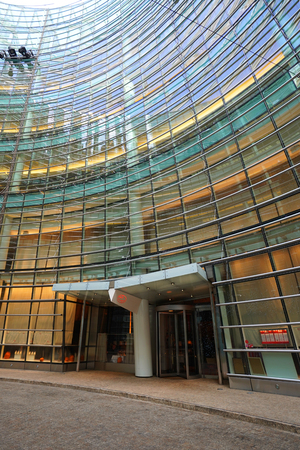 By the next morning, deBanked published eyebrow-raising details such that Senator Hoylman and Friedman’s boss had at one time hosted a welcoming party at OnDeck’s New York City office, a major rival to the merchant cash advance companies that Bloomberg has been targeting in their series. It was also revealed that Friedman has a direct connection to the New York Attorney General’s office whom Bloomberg was the first to report had opened up investigations into merchant cash advance companies in response to his stories. The officiant of Friedman’s son’s wedding also happens to be the co-chair of the transition team for Attorney General-elect Letitia James.

After deBanked went live with the findings, Bloomberg reporter Zeke Faux deleted all of his account’s tweets, including every mention of the merchant cash advance series. He has been an active user of the platform since 2011 and has relied on it to promote his work. Faux has not replied to an inquiry about why he wiped his account.

Friedman, Faux, and Mider have openly bragged on twitter about the regulatory investigations and legislative proposals that have resulted from their story while not disclosing that some of these authorities have personal relationships with Bloomberg and Friedman.

Meanwhile, Faux had been responding to praise from fans over the last several weeks while rebuffing all inquiries about the glaring red flags in his stories. In one example, it’s claimed that a business owner has been so victimized by predatory lending that he’s been forced to sell his furniture just to feed himself. deBanked later determined that the “victim” was actually a multimillionaire TV station owner whose account of any such engagement with merchant cash advance companies was incredibly unlikely. Neither Faux or Mider have responded to the oversight and no corrections to their stories have been made.